Note: This is a series of old posts from a site I used to write a weekly blog/article for. Since the site is now down, I’m putting up a number of my favourite posts back up on my site!

It sounds ridiculous, like any other movie on the ever-growing list of brainless action fare. But to me, it’s one of my favourite movies so far this year. And for reference, this is coming from the person who snickered all the way through Man of Steel.

Let me start off by listing all the things the movie does wrong.

Now let me tell you why none of that matters.

Guillermo Del Toro, the director, needs us to buy a lot of things, if you couldn’t tell from my list above. We need to suspend our disbelief for the duration of the movie—and moreover, we need to form an emotional attachment with the characters and events. Oh, and the Jaegers too, of course.

It’s a hard sell. And yet he pulls it off with aplomb. I simply cannot describe in words the sheer, jaw-dropping awe when the camera pans out for the first time and you see the full scale of the Jaegers. The incredible theme music helps as well. But if that were all, then any filmmaker with a big enough budget could make it work. So what makes Pacific Rim stand out?

I personally think it’s about the small details he puts in. There’s the world he’s built up—a whole history of how the Jaegers came to be, with clear differences in each subsequent generation. You can even look up the plans and layout for each Jaeger; where the generators are, the control pod, escape hatch, and weaponry. Close-up shots of the Jaegers reveal wear and tear from fighting. Unpolished metal, scratches and dents, fading paintwork and peeling labels set the gritty, clawing-for-survival tone.

There’s also the realism within the cockpit. In order to control the Jaegers, the pilots are hooked up to machinery that takes their movements—footsteps included—and translates it to the Jaeger. When you see the pilots move, there is a certain sluggishness to their actions that shows the weight of the giant Jaegers they’re controlling. (I found out later that it’s because the actors were hooked up to actual machinery that weighed a few tons, in a set that was able to move about.) So each time the pilots walk through the ocean or the city, pull back for a punch or deliver a strike, there’s an ingrained sense of power to every single movement and makes it believable.

There’s so many other little details I won’t list here, from how the drivesuits worn by the pilots make such a solid, satisfactory sound as they click into place to how the movie is filmed in such a way that the camera isn’t a spotless, steady presence on the outside, but part of the action as well. They’re all subtle things, likely to go unnoticed by the audience, but as a whole it takes you much deeper into the film than you would have expected.

Del Toro is asking us to buy a big, unbelievable lie. And to do so, he drops in enough history, enough reality in all the bits and pieces that make up the world of the Jaegers that we find, however impossible, we can believe it. The incredible amount of loving detail grounds you in the world, which in turn allows you to go on the flight of fancy that is the entire film.

Now if you’ll excuse me, I’m off to rally some politicians to get together and build one of these, so I can fulfil my new-found dream of being a Jaeger pilot. 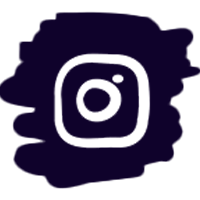